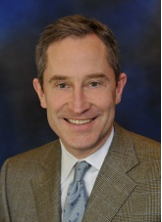 WEAVERVILLE - William Burwell Tarry, III, age 61, of Weaverville, NC, and formerly of Bronxville, NY, passed away unexpectedly on Tuesday, March 23, 2021. The son of Peyton Clements Tarry and the late Dr. William B. Tarry, Jr., Will grew up in Oxford, NC. He graduated from Duke University in 1982 and earned a Master’s degree from Columbia Business School in 1987. He spent the entirety of his professional career with Deloitte Consulting, retiring as a Partner last May after 33 years with the firm.

He was married for 29 years to his beloved wife, Tracy Halleman Tarry. Together they have three sons, William Burwell IV, Charles Norman, and Alston Clements. Will is also survived by his mother, Peyton Tarry of Oxford, NC; his sister Sallie Kerr and her husband Martin of Davidson, NC; his brother Wallace and his wife Christina of Davidson, NC; and his brother Albin and his wife Ellen of Charlotte, NC.

Will was a devoted husband, father, son, and brother. He will be remembered for his intellect, generosity, humility, quick wit, and understated style.  He had a unique ability to inject levity into any situation, and his fun-loving spirit brought joy to everyone who knew him. He was modest about his many talents and preferred to celebrate the accomplishments of other people rather than his own.

Will was a master woodworker, craftsman, and artist, and he used those skills to create beautiful furniture and works of art that he shared joyfully with family and friends.  He was especially proud of Will, Charlie, and Alston and enthusiastically supported them in all of their endeavors. To them, he was not only a great father, but also a mentor, role model, and friend. He was an inspiration, unique in every way.

A private service is being planned for his family in Weaverville, NC, and a memorial service to celebrate his life will be held in Bronxville, NY, at a later date.

West Funeral Home in Weaverville is assisting the family.

For those who desire, condolences may be offered to the family under Mr. Tarry’s obituary at www.WestFamilyFuneralServices.com.

To order memorial trees or send flowers to the family in memory of William Burwell Tarry, III, please visit our flower store.