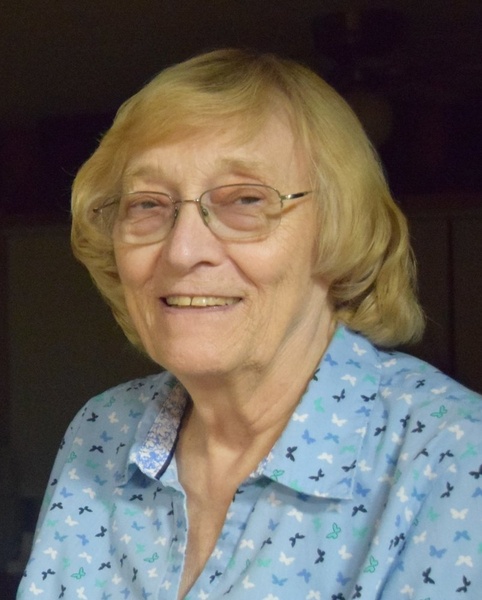 Thadres Jeanne Ensley Buckner, beloved wife, mother, grandmother and great-grandmother, passed away into the arms of our Lord on Tuesday, September 8th, 2020, at her home in Fair Play, SC, surrounded and held close by her family.

Thadres was born in Leicester, NC on May 6, 1939, to the late Zeb & Sarah Ertie Hutchins Ensley, the youngest of their eight children. She grew up on the farm in the Newfound Valley and was a member of Grace United Methodist Church. She graduated from Leicester High School in 1958 and also from Asheville-Buncombe Technical College in 1961 with a degree in Medical Technology. She worked for St. Joseph Hospital as a Medical Technologist for 25 years and later worked for the Great Smokies Lab for four years prior to her retirement.

Mom married Max Buckner in 1977 and accepted his two children, Karen and Jason, as her own, raising them with great love. Jason called her “Mom Adres” until the day he passed away in her arms in 1982. After Max and Thadres moved to Fair Play in 1990, they started Max Buckner Sound, operating a first-class sound system for many bluegrass festivals across four states. Festivals of note were Vogel State Park in Georgia for 22 years and Bluegrass First Class in Asheville for 19 years. They enjoyed the travel and friendship of many people during the 23 years they operated.

Mom was the best cook ever – she grew a garden, canned, and baked; her grandson grew up on Nanny’s biscuits and peaches. She had a remarkable memory for her childhood and shared her stories for her family to remember. She also ensured that flowers were placed every year on the graves of our families in Locust Grove and Grace Methodist Cemeteries for Decoration Day.

She is survived by her husband of 43 years, Max Buckner of the home; her daughter and son-in-law, Karen and Edward Garvin of Liberty, SC; her beloved grandson, Christopher Garvin (Katelyn O’Connor) of Easley, SC, and the little ray of sunshine in all our lives, her great-granddaughter, Maggie.

She is also survived by two sisters, Betty Ratcliff of Asheville and Mary Quinn Westmoreland of Durham, NC; and several nieces and nephews, including two very special nieces, Deborah Lee of Orlando, FL, and Carolyn Harris of Arden, NC. She was predeceased by her parents; her son, Jason Laudon Buckner; four brothers, Theron, Clyne, Garland, and Ansel Ensley, and a sister, Juanita Vessia.

Funeral services will be held on Saturday, September 12, 2020 at 11am at West Funeral Home, 17 Merrimon Avenue, Weaverville, NC. Family and friends are invited to speak and reminisce during the service, led by Deborah’s husband, Jim Lee. Burial will follow in Locust Grove Baptist Church Cemetery, Weaverville. The family will receive friends Friday, September 11, from 5:30 to 7pm at the funeral home. In lieu of flowers, please make memorials to Locust Grove Baptist Church Cemetery 305 Locust Grove Road, Weaverville, NC 28787 or to the charity of one’s choice. For those who desire, condolences may be offered to the family under Mrs. Buckner’s obituary at www.WestFamilyFuneralServices.com.

To order memorial trees or send flowers to the family in memory of Thadres Jeanne Ensley Buckner, please visit our flower store.