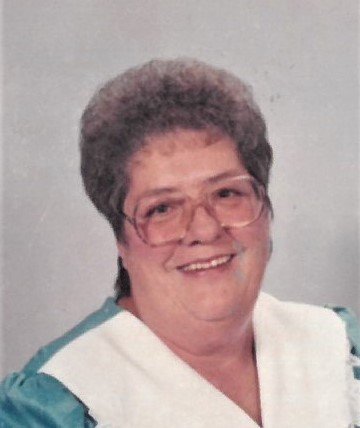 ALEXANDER – Shirley Sluder Franklin, age 82, of Alexander, died Monday, April 13, 2020 at the home of her daughter who had been her caregiver. Mrs. Franklin was born January 9, 1938 in Buncombe County to the late Carl and Lou Bailey Sluder; she was a resident of Buncombe County all of her life. Shirley loved to bake and quilt but more importantly she enjoyed giving her baked goods and quilts to others and making them smile. In addition to her parents, she was preceded in death by her husband, Jake Franklin; daughter, Glenda Jean Franklin Cole, and son Ronnie Franklin. Surviving are her daughter, Kathy Amos of Weaverville; son, Randy Franklin of Alexander; sister, Virginia Rogers of Alexander; six grandchildren, and eight great grandchildren. Private graveside services were held at Cedar Hill Baptist Church Cemetery. Reverends Harold Rash and Eddie Rice officiated. For those who desire, condolences may be offered to the family under Mrs. Franklin’s obituary at www.WestFamilyFuneralServices.com.
To order memorial trees or send flowers to the family in memory of Shirley Sluder Franklin, please visit our flower store.