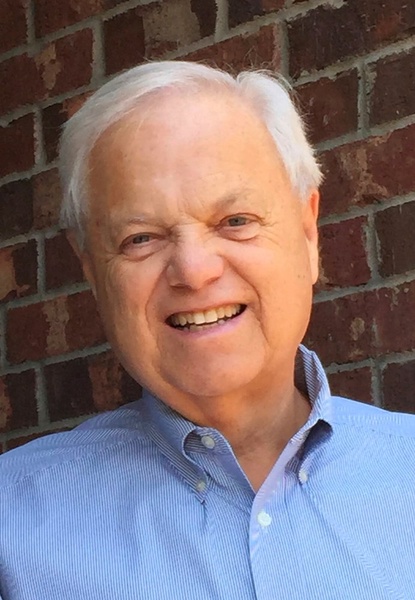 FRANKLIN, TN - Jack Scott Harrower, age 73, of Franklin, Tennessee passed away on Friday, January 10, 2020. Scott is survived by his wife of 51 years, Linda Brown Harrower of Franklin, TN; daughters, Brooke Hartman and husband Clay of Knoxville, TN and Kasey Brewer and husband Richard of Columbia, TN; grandchildren, Morgan Brewer, Ashley Brewer, and Jacob Hartman. He is also survived by brother, Steve Harrower of Marshall, NC and sister, Peggy Dimperio and husband Don of Mooresville, NC. He is preceded in death by his parents, Jack and Miriam Harrower. He was born in Asheville, North Carolina and graduated from North Buncombe High School. Scott is a proud graduate of Clemson University with a B.S. degree in Mechanical Engineering where he was a member of the Blue Key Honor Society. He began his career with Duke Power in Charlotte, NC. He later joined the family business, Moser Inc., and served as President for years. During this time, he was very active in professional organizations including serving on the North Carolina Building Code Council, as well as serving as President of the North Carolina Association of Plumbing, Heating, Cooling Contractors. He was on the Buncombe County Board of Education, serving as Chairman. Scott was an active member of First Baptist Church of Asheville where he served on many committees. Upon retirement, he and Linda moved to Franklin, Tennessee where he continued to have a servant’s heart as a faithful volunteer at Williamson Medical Center in the Emergency Room and a member of Brentwood United Methodist Church and the Seekers Sunday School Class. A memorial service will be held Monday, January 13, 2020 at 2:00 p.m. Brentwood United Methodist Church and will be officiated by Rev. Jeff Wilson. Visitation will be Saturday, January 18, 2020 5:00 p.m. to 7:00 p.m. at West Funeral Home in Weaverville, North Carolina with graveside service on Sunday, January 19, 2020 at 2:00 p.m. at West Memorial Park, 40 Roberts Street, Weaverville. Rev. David Blackmon will officiate. Memorials may be made to a ministry close to their heart, Sunny Day Club, Brentwood United Methodist Church, 309 Franklin Road, Brentwood, TN 37027. For those who desire, condolences may be offered to the family under Scott’s obituary at www.WestFamilyFuneralServices.com.
To order memorial trees or send flowers to the family in memory of Scott Harrower, please visit our flower store.