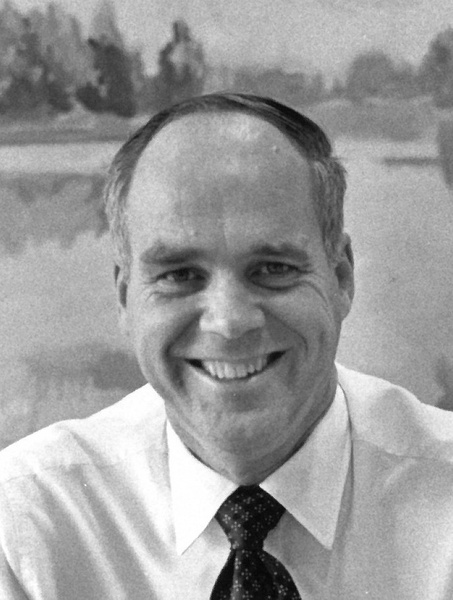 ASHEVILLE – Roy M. Feringa, age 90, passed away on Nov. 3, 2020, in Asheville, NC.  He is survived by his wife, Mary Thomas Feringa of Asheville; his son and daughter-in-law, David and Karen Feringa, of Basking Ridge, NJ, and grandchildren Jeffrey, Kaitlyn, Christopher, James, Bradley, Kevin and Grace; his daughter, Marianne Feringa Sutton, of Gainesville, VA, and grandchildren, Anna, Caroline, and Elisabeth; his sisters, Jean and Margaret Feringa of Grand Rapids, MI; his sister-in-law, Resa T. Holt of Biltmore Forest, NC, and brother-in-law G. Hurst Thomas of Monroe, NC; and many loving nieces and nephews.

Roy was born on Sept. 27, 1930, to James and Marie Feringa, in Grand Rapids, Michigan. Raised in Grand Rapids with two sisters and two brothers, Roy worked in the family general store until college. He graduated from Central High School in 1948, and from Calvin College in 1952. Roy enlisted in the United States Navy and attended Officer Candidate School in Newport, Rhode Island. He was commissioned in December 1952, and was assigned to the Office of Naval Intelligence at the Pentagon, where he served until February 1956. After he was discharged, he attended the University of Michigan and graduated with an MBA with Honors in 1957. Starting his career with the Long Lines Department of AT&T, he worked assignments in Cincinnati, Miami, Jacksonville, Indianapolis, throughout New York and New Jersey, and Washington, DC before retiring from AT&T in 1987.

Roy and Mary were married on Sept. 10, 1960, at National Baptist Memorial Church in Washington, DC. They met at a square dance sponsored by two churches in 1955, and were married for sixty years. After retirement, and numerous career moves, Roy and Mary settled in the Asheville area in 1992. Active and loving members of First Baptist Church of Asheville, Roy started his second career as the church’s building manager for One Oak Plaza, Asheville, from 1998 until his retirement on Aug. 31, 2020. Roy was a quiet, hard-working man who was devoted to his family and his faith. His love, strength, and sense of humor will be sorely missed in this life. Many problems will remain unsolved and items go unfixed without him.

The family plans a celebration of his life in the months to come, and thanks everyone for prayers and well wishes. In lieu of flowers, donations in Roy’s memory may be made to First Baptist Church of Asheville, 5 Oak Street, Asheville, NC 28801.

For those who desire, condolences may be offered to the family under Mr. Feringa’s obituary at www.WestFamilyFuneralServices.com.

To order memorial trees or send flowers to the family in memory of Roy M. Feringa, please visit our flower store.