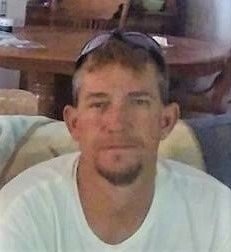 Mr. Hinson was born September 19, 1966 in Fort Worth, Texas to Alice J. Smith Hinson and the late Rodney W. Hinson; he was a resident of Buncombe County for most of his life. Rod graduated in 1985 from North Buncombe High School. He was a US Army veteran stationed in South Korea and a self-employed carpenter. Rod loved cooking and gardening, and was an avid Dallas Cowboys fan. He was a kind and loving guy who enjoyed life and friends.

In addition to his father, he was preceded in death by wife, Karen and their unborn child.

His funeral service will be held at 11:00 a.m. Monday, June 15, 2020 in the Chapel of West Funeral Home, 17 Merrimon Ave., Weaverville. Reverend Clark Henderson will officiate. Burial will be in W.C. State Veterans Cemetery, Black Mountain. The family will receive friends 10:00 a.m. to 11:00 a.m. prior to the service at the funeral home.

For those who desire, condolences may be offered to the family under Mr. Hinson’s obituary at www.WestFamilyFuneralServices.com.

To order memorial trees or send flowers to the family in memory of Rod Maxwell Hinson, please visit our flower store.