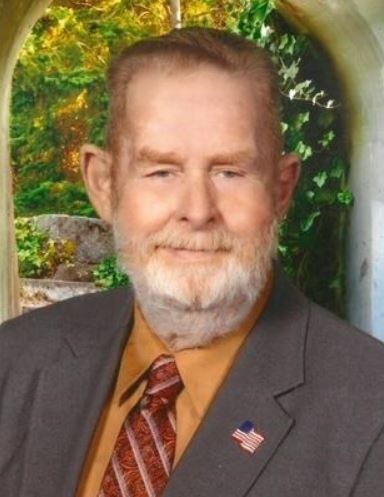 He was born December 29, 1937 to the late Herman and Fuchsia Carter Pounders. Robert, known as “Bobby” to family; and as “Red” to many others, was a member of Newbridge Baptist Church, serving as a director of the R.A.’s, teacher, treasurer and secretary of the Luther Rice Sunday school class and Deacon. He was a devout Christian who loved the Lord without reservation and was a great example of what a Son, Husband and Daddy should be. Bobby graduated in 1956 with the first class to graduate from Clyde A. Erwin High School. He served his country in the US Air Force from 1956 to 1960, his last duty station was Nellis Air Force Base, Las Vegas, NV; where he met and married his wife of 58 plus years. Over the years he worked for Sunbeam Bread, Interstate Life, and lastly Silver-Line Plastics where he retired in December 1992 after over 20 years of service. In addition to his parents he was preceded in death by his son, DeWayne Pounders; brother, Carter Pounders, Sr.; and son-in-law, Bruce Thompson.

Pallbearers will be Mike Penland, Bill Myers, Scott Criss, Keith Kiser, Sid Brock and Matthew Wechtel. Honorary pallbearers will be the men from Clyde A. Erwin Class of 1956, and the Luther Rice Sunday School class at Newbridge Baptist Church.

Flowers are welcome or memorials may be made to Newbridge Baptist Church, “Bobby Pounders Memorial Fund”.

The family would like to extend their heartfelt thanks to the Charles George VA Medical Center, Asheville for all the wonderful care and compassion they provided to Robert and the family.

For those who desire, condolences may be offered to the family under Mr. Pounders’ obituary at www.WestFamilyFuneralServices.com.

To order memorial trees or send flowers to the family in memory of Robert Pounders, please visit our flower store.
Send a Sympathy Card