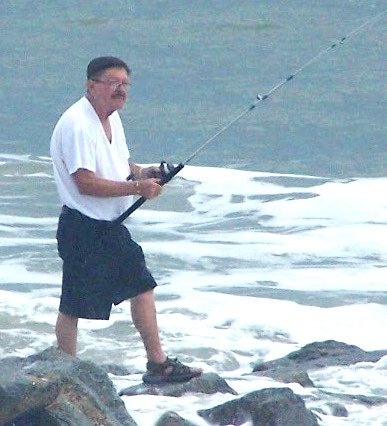 Mr. Hensley was born June 15, 1942 in Buncombe County to the late Charles R. and Juanita Grindstaff Hensley; he was raised by his grandmother, Florence Hensley. Rex was employed for nearly 50 years as a salesman for Glidden Paint Co.; he retired as the manager of the Hendersonville store. Rex loved golfing, fishing and spending time in Cherokee with his best friend, Don Brown. In addition to his parents and grandmother, he was also preceded in death by his sister, Pat Sprouse.

His funeral service will be held at 2:30 p.m. Thursday, June 13, 2019 in the Chapel of West Funeral Home, 17 Merrimon Ave., Weaverville. Reverend Allen Rash will officiate. Burial will follow in Lewis Memorial Park.

Memorials may be made to Asheville Humane Society, 14 Forever Friend Lane, Asheville, NC 28806.

The family would like to say thank you to the CarePartners Hospice Home Care staff for their wonderful and loving care.

For those who desire, condolences may be offered to the family under Mr. Hensley’s obituary at www.WestFamilyFuneralServices.com.

To order memorial trees or send flowers to the family in memory of Rex Hensley, Jr., please visit our flower store.