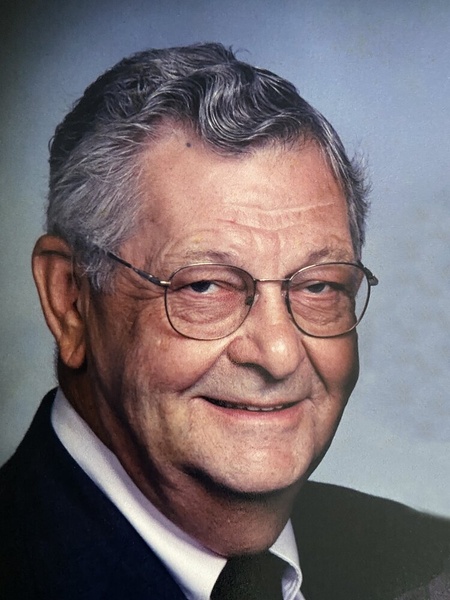 WEAVERVILLE – Rev. Elbert W. “Jack” Smith, age 85, of Weaverville, received his glorified body on the morning of Sunday, January 16, 2022, as snow fell gently to the ground.

Rev. Smith was born May 2,1936 in Madison County to the late Robert Frank and Fannie Anderson Smith; he was a resident of Buncombe County for most of his life. Jack was known to just about everyone as “Mr. Fix It” and “Jack of All Trades”. He had a true talent for fixing and creating, his ingenuity guiding each step. He enjoyed coaching his girl’s softball teams, spending time with his family, and serving anyone who might need a hand. Sharing the Gospel was his passion and sharing life alongside of his longtime sweetheart, Shirley, was like watching a fairytale come to life. Jack retired after 40 faithful years from American Enka in 1997.   In addition to his parents, he was also preceded in death by his wife, Shirley Mae Shelton Smith who moved to Heaven in 2005; sisters, Norma Lee Smith and Eula B. Freeman; brothers, Clifford Ray Smith and Robert Austin Smith.

His funeral service will be held at 11:00 a.m. on Friday, January 21, 2022   in the Chapel of West Funeral Home, 17 Merrimon Ave., Weaverville. Rev.’s Gary Fender, Barry Galyean and Danny Jenkins will officiate. Burial will follow in the Cedar Hill Baptist Church Cemetery, Alexander.

Those who choose, may listen to the service on their car radio by tuning into FM 87.7, while in the parking lot of the funeral home.

For those who desire, condolences may be offered to the family under Rev. Smith’s obituary at www.WestFamilyFuneralServices.com.

Memorials may be made in honor of Jack to Gideon’s International (www.gideons.org).

To order memorial trees or send flowers to the family in memory of Rev. Elbert W. "Jack" Smith, please visit our flower store.