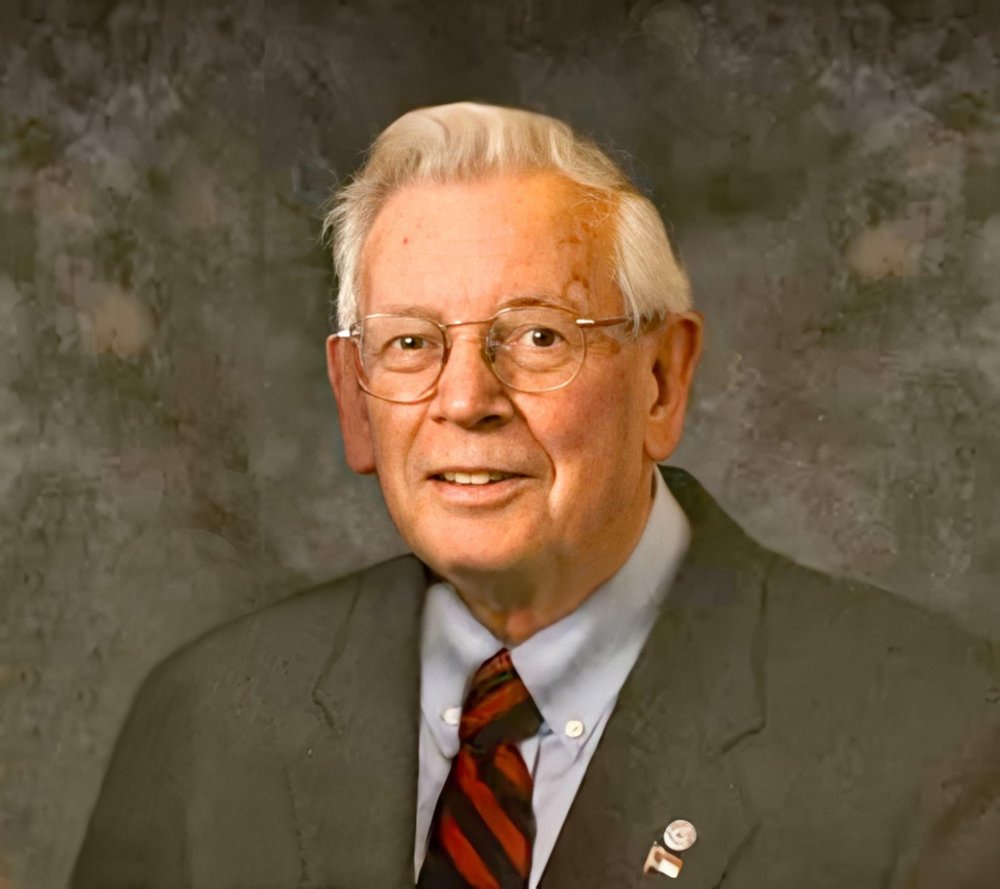 ASHEVILLE – On June 8, 2020 shortly before noon, former NC State Senator R L Clark of Asheville, found rest and eternal peace. He was a Christian man of great faith who was lovingly welcomed into the arms of His Heavenly Father. A native of Madison County, he was born November 21, 1930 to the late Raphus L. and Lois Gregory Clark. R L was the first born of eight children to sharecropper parents in a one room log cabin in the Spring Creek area of Madison County. As a teen, he started providing for his brothers and sisters after his mother’s untimely death. He learned many of life’s most difficult lessons at an early age with the realization that education, being of service to others and the responsibility of giving to those less fortunate were important. He was also preceded in death by his siblings, Al Benton Clark, James “Jim” Mack Clark, Warren Coolidge Clark (Artie) and Ruby Clark Marshall (James). He is survived by his loving wife of 38 years, Patricia Blanchard Clark; his brothers, Billy Roberson Clark (Jackie), Phillip Josiah Clark; sister, Addie Bell Bowman; and sister-in-law, Virginia Clark; his son, Darrell H. Clark and wife Cathy; his daughters, Teresa C. Hayes and husband Robert and Melissa Lois Clark Hall and husband Kurt; two grandchildren, Nathan (Jenny) and Natalie Clark (Clint Hardin); five great grandchildren, Kate, Lizzie, Margot, Isabel and Wrenn; Godson, Phillip David Massey; as well as numerous nieces, nephews and cousins. Upon graduation from Spring Creek High School, he went on to receive his BS degree in Business Administration from Western Carolina Teachers College. Afterwards he earned a Masters of Education from Western Carolina University, culminating in additional post graduate studies at various Universities. From 1963 to 1983, R L was employed by the NC State Department of Human Resources as a Director. For 30 plus years he was a small business owner (Walnut Cash & Carry and Georgetown Food Mart). R L was very civic minded and was a Director and past President of the Asheville Lions Club. He served and was past chairman of the Asheville Mayors Committee on employment of the handicapped. He was a member of Mount Hermon Masonic Lodge No. 118 AF & AM in Asheville and a 32nd Degree Scottish Rite Mason of Free Masonry, S.J., USA. For decades he was known by his distinctive voice and presence as a call-in listener as well as a frequent guest on Radio WWNC. From 1995 - 1998 R L was honored to serve the people of Madison, Buncombe, Yancey, Burke and McDowell counties as their NC State Senator. R L Clark was an American Patriot and a staunch defender of the US Constitution and our Republic. All that knew and loved R L will remember him as a quiet, gentle, unassuming man with a quick wit, ready smile and most importantly a heart of gold. On Friday, June 12, 2020 there will be a brief prayer followed by receiving of friends from 5:00 to 8:00 p.m. at West Funeral Home. All are welcome. In consideration of the health of all, additional services are private. Pastor Clark Henderson of New Bridge Baptist Church Asheville NC, 199 Elkwood Avenue Asheville, NC 28804 will officiate. In lieu of flowers, contributions or memorials may be made in his honor to the Shriners Hospital for Children “Processing Center” PO Box 863765 Orlando, FL 32886, or St. Jude Children’s Research Hospital 501 St. Jude, Memphis, TN 38105, or WNC Bridge Foundation PO Box 1315 Arden, NC 28704. West Funeral home in Weaverville has been entrusted with all arrangements. For those who desire, condolences may be offered to the family under Mr. Clark’s obituary at www.WestFamilyFuneralServices.com.
To order memorial trees or send flowers to the family in memory of R L Clark, please visit our flower store.