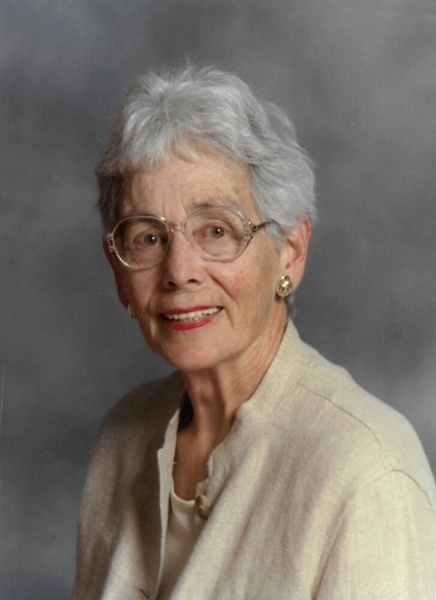 Her parents were the late Charles Robert Bailey and Margaret Phillippi Bailey. She was also preceded in death by brothers, David C. Bailey of Asheville and R. Douglas Bailey of Charlotte.

After graduating from UNC Chapel Hill she worked for five years at Asheville Citizen-Times as a women’s news editor and then joined her husband to work for the Alan Shaw Company until their retirement. While working for the newspaper, Patricia made the journey on her own to attend the coronation of Queen Elizabeth II in 1953.

As a teenager Patricia began a life of volunteer work as a junior volunteer at the old Biltmore Hospital and later served with the American Red Cross, St. Joseph’s Hospital Guild, ABCCM and Thoms Hospital.

Patricia was a founding member of St. Matthew’s Anglican Church, Reems Creek Road, Weaverville, and a former member of the Junior League of Asheville.

In lieu of flowers, memorial contributions in Patricia’s name may be made to ABCCM, 20 Twentieth Street, Asheville, NC 28806 or to St. Matthew’s Anglican Church, 812 Reems Creek Rd, Weaverville, NC 28787.

West Funeral Home, 17 Merrimon Avenue, Weaverville, is honored to assist her family. Condolences may be sent to the family through the website at www.WestFamilyFuneralServices.com.

To order memorial trees or send flowers to the family in memory of Patricia Bailey Shaw, please visit our flower store.