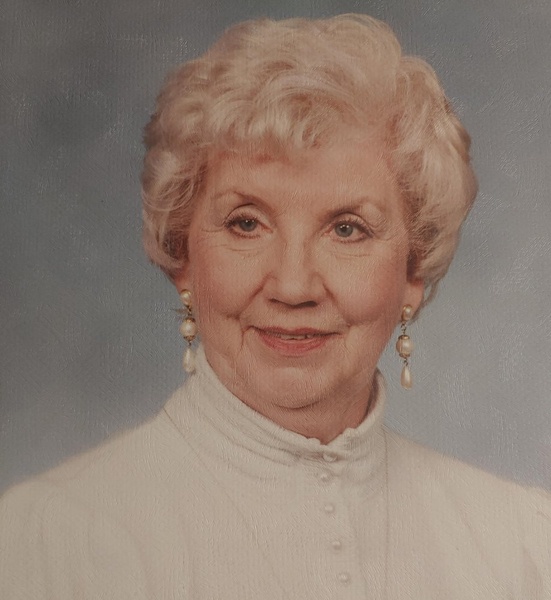 WEAVERVILLE– Marjorie Pauline Cogdill – affectionally known by many as Miss Polly -- died peacefully in the home of her son, Michael Cogdill, having been surrounded by the love of family, extended family and friends.

She was born October 13, 1925 in Alexander, North Carolina, the daughter of Dovie Ella Crowe and Earnest Keys. They preceded her in death, as did her brother, Joseph Harvey Keys of Asheville. Her late husband, George Lloyd Cogdill preceded her in death as well. He was born October 14th, 1925, a mere four hours after her. They often laughed about the age difference. They loved and laughed with each other through 55 years of marriage. She graduated from French Broad High School, and went to work for American Enka November 1, 1943, working as an industrial glass blower. She loved her job and work family, speaking fondly of them throughout her life. She retired May 28, 1976.

Most of her childhood was spent in the home of Katherine and Woodfin Parker, a gentleman-farm couple. Most of her adult life she spent near them in Weaverville, North Carolina. Miss Polly was the loving and devoted mother of George Michael Cogdill of Greenville, South Carolina. She is also survived by her granddaughter, Dylan Rose.

She became a member of what is now First Baptist Church Weaverville in the early 1960’s. She was active in the church, a devoted member of the Mary Martha Sunday School Class, often one of the “cookie ladies” of the vacation Bible school, and became active in the church’s senior adult ministry alongside her husband, George. She often attended the senior citizen weekly meal program in her later years in Weaverville. Miss Polly loved being with people, including her neighbors of KyFields in Weaverville, where she walked for enjoyment faithfully, even in her 91st year. She made a name for herself at Waterstone on Augusta assisted living in Greenville, South Carolina, harvesting scores of friends with her sweetness, her smile and her love of dancing to whatever music was playing.

The family wishes to thank her loving caregivers on the 3rd floor of Waterstone and from Crescent Hospice, her son Michael’s friends, his work family of WYFF4, and the many friends and neighbors who provided care in her closing days. Thanks as well to pallbearers and honorary pallbearers Hilton Ray, Howard Ray, Reggie Ray, Dr. Dan Nichols, Scott Morrison, Edward Burton, Dr. Tom Atkinson and Howard Keys, Junior, Danny Wingate and Kaleb Wingate and Daniel Richardson.

Her funeral service will be held 11:00 a.m., Tuesday, September 8, 2020 at First Baptist Church Weaverville. Rev. Dr. Stuart Lamkin will officiate. Burial will follow in West Memorial Park. The family will greet friends from 10:00 to 11:00 at the church prior to the funeral. West Funeral Home is in charge of arrangements. Please direct memorial gifts to the Alzheimer’s Association, Western Carolina Chapter, 4600 Park Road, Suite 250, Charlotte, NC 28209; Safe Harbor of Greenville, 429 N. Main St., Greenville, SC 29601 and Helpmate of Asheville, PO Box 2263, Asheville, NC 28802. For those who desire, condolences may be offered to the family under Mrs. Cogdill’s obituary at www.WestFamilyFuneralServices.com.

To order memorial trees or send flowers to the family in memory of Marjorie Pauline Cogdill, please visit our flower store.
Send a Sympathy Card