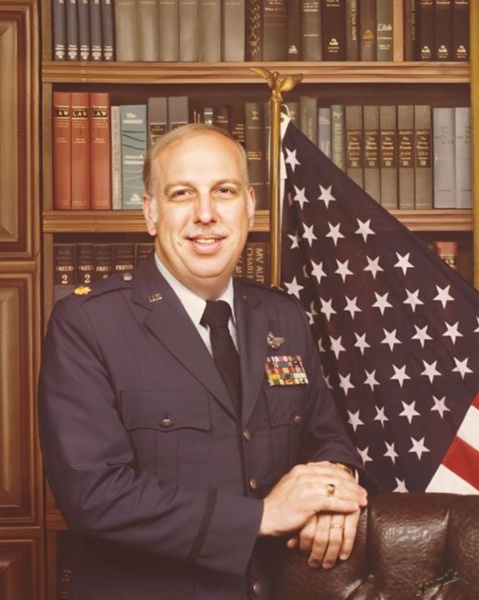 ASHEVILLE - Retired Lt. Col. Leonard “Len” James Moffatt Jr. passed away on Sunday, August 14, 2022, at the age of 83 in Asheville, NC.  He was devoted husband, father, grandfather and great grandfather.

Len was born on May 27, 1939, in the small steel mill town of Leechburg, PA.  After spending two years at Penn State, Len joined the Air Force in 1960.  He served for 22 years, primarily as a navigator in Military Airlift Command which included service in Vietnam where he was awarded the Distinguished Flying Cross.

Len leveraged the GI Bill to continue his higher education while in the military, ultimately obtaining an MBA from Georgia State University.  After retiring from the Air Force in 1982, Len embarked on an 18-year second career while residing in Columbus, GA working for Radio Shack/Tandy Corporation as everything from a salesclerk to a computer center manager. During his “first retirement,” Len was an active member of St. Paul United Methodist Church, where he sang in the church choir and served as treasurer for the Sunday school programs. After his “second retirement”, Len and his wife Adele “Lou” Kay Moffatt, née Lewis, relocated to Asheville in 2012, where he engaged his passion for travel, family genealogy, playing with his precious dogs, and following his beloved Pittsburgh Steelers.

Lt. Col. Moffatt  will be interred at Arlington National Cemetery.

West Family Funeral Services is honored to be assisting his family.

To order memorial trees or send flowers to the family in memory of Leonard James Moffatt, Jr., please visit our flower store.