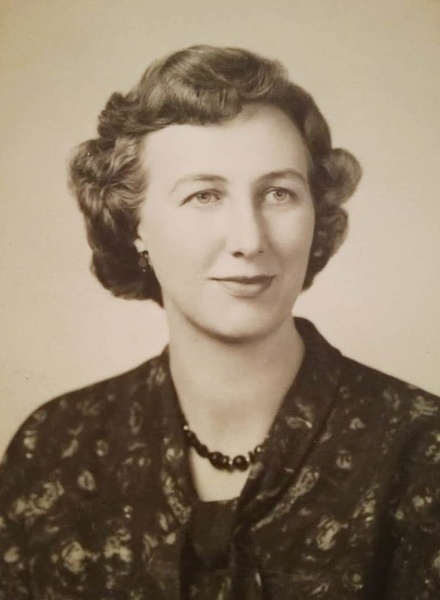 ASHEVILLE – Laura Frances Snow Lagos, age 95, of Asheville, died Friday, January 24, 2020. Mrs. Lagos was born November 10, 1924 in Winston Salem to the late Pastor James Snow and Nannie Joyner Snow. She comes from a Christian family, participating from a young age in all the activities of the church. She felt proud to be the daughter of a pastor and was happy with her Christian roots. She converted to the Lord at age 11 and was baptized by her father. In her home were great servants of God, who influenced the decision to dedicate her life to the missions. Her dream was to be a missionary at an early age and her heart was vibrating when she read stories of world missions and their needs. Laura studied at the University of Meredith, NC from which she graduated with a specialization in Biology and Religion. Then, she was admitted to the Baptist Seminary of Louisville, KY in 1946. In 1948 she received her degree as Master in Christian Education. After finishing her studies at the seminary, she was invited to work with The Women’s Union of NC, visiting and traveling throughout this state, and also collaborated with youth organizations for two years. In a program with girls, and listening to the president of the foreign organizations about the great missionary challenge, God touched her heart at 30 years old to dedicate herself to this great work. In 1955, Laura was appointed as a missionary to work in Chile; therefore she had to spend a year in Cost Rica learning Spanish. Laura departed from New York by boat to Chile, a trip that lasted 22 days, a temporary experiment with storms and other things typical of a trip of that type. When she arrived in Chile, she became a member of the First Baptist Church of Santiago, where she supported Pastor Gustavo Lopes for 40 years in organizations like, G.A. Ambassadors of the King, Children and Youth Choir, and Women’s Union. In January 1957, she was Director of the Children’s Organizations. In 1975, Laura became the Executive Secretary of the National Women’s Convention. Her message to the teenagers was: “Commit to Jehovah your way trust Him and He will.” During these years in Chile, Laura learned all the idioms, as well as the food; among her favorites are: empanadas, tamales, corn cake and (cold drink) mote con huesillo. In addition, God had prepared her partner for life, Felix Lagos. In 1996, Laura retired and returned to Asheville. Later, Felix travelled to the USA to marry Laura. Since that time, Laura and Felix are happy together in Asheville, taking care of each other. Laura was a member of First Baptist Church of Asheville and was associated with Faith Baptist Spanish Church of Asheville. Surviving are her husband, Felix Lagos; nephew, John Joyner Snow, Jr. and wife Sheila of Murphy; several great nieces and nephews, and great great nieces and nephews. Her funeral service will be held at 2:00 p.m. Monday, January 27, 2020 in the Chapel of West Funeral Home, 17 Merrimon Ave., Weaverville. Reverends Brad Lindsey and Leah Brown will officiate. Burial will follow in Lewis Memorial Park, Asheville. The family will receive friends 4:00 to 6:00 p.m. Sunday, January 26, 2020 at the funeral home. Laura was an extraordinary missionary who served for so long in Chile. She is loved from the North to the South in Chile and her job was an inspiration for many people. Her heart was full of love, faith, peace and hope. God bless Laura! For those who desire, condolences may be offered to the family under Mrs. Lagos’ obituary at www.WestFamilyFuneralServices.com.
To order memorial trees or send flowers to the family in memory of Laura Frances Snow Lagos, please visit our flower store.