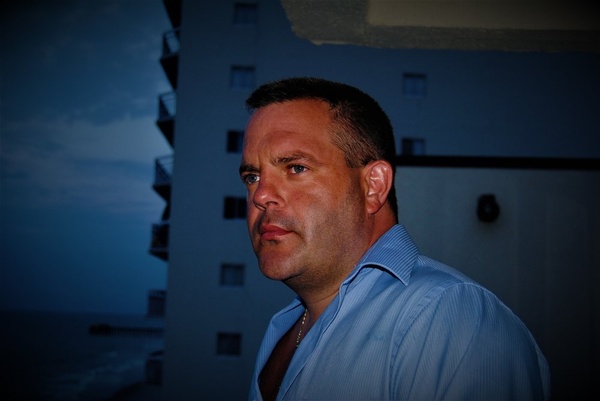 ASHEVILLE– Larry Dean Williams, 45, of Asheville, NC, and Wadesboro, NC, passed away to his eternal rest on April 30, 2020. He was predeceased by his father, James C. Williams, of Anderson, SC. He is survived by his mother, Brenda Warren, of the home; sister, Tammy Cobb and husband Tommy Cobb, of Long Creek, SC; brother, Jimmy Robinson, of Asheville, NC; niece, Ashley and fiancé Dave, of E. Stroudsburg, PA; nephews, Stephen, Dalton, and Evan, of SC; love of his life, Aimee Flynn, and cousins he loved dearly, Karen Thorpe, Bruce Green, Stacey Honeycutt and Curtis, Dianne, and Jessica. Also mourning his loss are hundreds of friends, and family. I can not list them all, but I wish to name a few that he could not go a day without speaking to: T. Lynn Clodfelter, Scott Forbes, Denny Billings, Dwayne Jenkins, Johnathan Robinson, Mike Laney, Doc Cudd, Toby Ray, Jack Shepherd- whom he considered a father figure, and brother in law, Tommy Cobb. Larry had a favorite saying, "You come from the factory being who you are.", and there has never been a truer statement. Larry was born to be a great hunter and fisherman. No one was better than Larry. He had a great love for teaching children to hunt and fish, and in helping them develop not only love, but great respect, for the beautiful outdoors. He owned a business a few years ago in Marshville, NC and had such a huge following, we all laughingly called it his "fan base". He could not go anywhere without a crowd gathering around him. So, when he returned to Asheville, he had his "fan base" here too. I have never known of anyone with more friends. Larry was the funniest, most quick witted, fast thinking person we have known. No one could feel sad around Larry. No matter the situation, he would have you laughing to the point of tears within minutes. We will never stop mourning Larry, but every time his name is mentioned, someone has a funny story to share. Larry was an honorable man. If ever you shared something 'for his ears only', rest assured that he took it with him to his grave. He was kind, generous, and as tough as they come. He loved his friends and family with every ounce of his heart and soul. He was ultra conservative, and if you weren't, he would spend hours explaining 'the flaws in your thinking”. He had a borderline genius IQ, and there was no topic that he did not know something about. When Larry left his body, a wealth of knowledge left with him. Darwin once said "A man who dares to waste an hour of time has not discovered the value of life". That was Larry - he never wasted one minute. He worked from sun-up to sun-down. You would never find him sitting idle. He worked for Lowe's for many years, and at the time of his passing, was employed with the City of Asheville. He was truly enjoying his latest employment, because it meant he was working outside, and that was where he was most happy. He also worked every Saturday at Cherokee Trading Post, and that was his way of seeing all of his friends. When Larry left for work on Monday, he said "See you later, Mom. I love you.' Yes, my darling son, see you later. In closing, I believe everyone who has ever known Larry would agree when I say "If I could sit across the porch from God, I'd thank him for lending me you." Due to the Covid-19 Virus, no services are planned at this time. A celebration of life will be announced at a later date. Thank each and every one of you for the calls, texts, and messages sent to us. For those who desire, condolences may be offered to the family under Mr. Williams’ obituary at www.WestFamilyFuneralServices.com.
To order memorial trees or send flowers to the family in memory of Larry Dean Williams, please visit our flower store.
Send a Sympathy Card