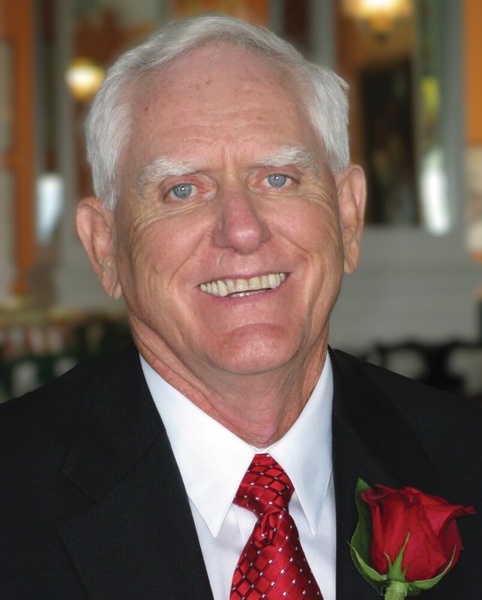 BARNARDSVILLE - James “Jim” Thomas (Akins) Petrides passed away peacefully at his home in Barnardsville, NC on September 30th after years of battling many illnesses.

Jim was born on September 12, 1938 in Charlotte, North Carolina. During WWII, his mother Sachel “Marie” (Mullis) Akins was a seamstress for the War effort. For a short time, Jim lived with his beloved grandparents Mimi and PaPaw, Lillie and Thomas Mullis of Mecklenburg County. PaPaw was a talented carpenter and taught Jim those skills which he enjoyed and shared throughout his life.

In the 1940s, Jim lived with his mother at a boarding home that she operated in Highpoint, NC. During that time, she met a Greek immigrant and restaurateur Petrus “Pete” Petrides, whom she later married. After moving to Charlotte, they had three children, Bess and twins George and Georgia. They later moved to Greensboro, where Jim attended Curry High School, took woodworking, and met his best friend David Carter. Unknown to any classmates, Jim worked full-time at Burlington Mills to help support his family. He became a faithful member of the strict Quaker church, always carrying a Bible in his back pocket.

After graduation, Jim moved with his family to Florida, living in Key West, Fort Myers, and eventually Miami. Jim worked as a manager for McCrory Stores, where he met and married co-worker Charlotte Ackerman in 1959. Jim saw the movie The Buccaneer with Charlotte and never stopped watching movies or television after that. In 1961, Jim was drafted into the Army and they moved to Atlanta, Georgia. He was an E5 and specialized in data processing. Jim and Charlotte had three children, Dana, Stephen “Steve”, and Laura. They took many memorable family car trips and camped regularly in Cosby, TN outside of Gatlinburg. Due to his sweet tooth, Jim introduced his kids to KarmelKorn — still a coveted treat in the family. Jim worked as the accountant at General Motors Doraville Plant for 22 years. He was always good with numbers and hoped he could use this skill to win the lottery. During that time, he also started two home improvement companies — Home Insulators, which specialized in storm windows, and Petrides Enterprises, which built custom homes — often designing on restaurant napkins. Along with homes, Jim built lifelong relationships with his customers and subcontractors.

In 1996, Jim married Donna Clary, Assistant Principal at Henderson High School and later Principal at Briarlake Elementary in Atlanta. Jim loved getting to know the families at Briarlake Elementary. Donna had two older children, Mary and Laura, from a previous marriage, whom he cared for like his own. After retiring, Jim and Donna built a large mountain home north of Asheville in Barnardsville, NC in 2009. He built it so that family and friends could gather together and visit regularly. Jim and Donna just celebrated their 25th wedding anniversary.

Jim was the patriarch of the family. His colorful and interesting life made him a wonderful storyteller. Jim never met a stranger and could talk to anyone. He was devoted to his family and wanted everyone to feel included and loved. Jim was so incredibly proud of his children and grandchildren. While Jim never won the lottery or became wealthy due to a get rich quick scheme, he hit the jackpot with a family that truly loved and appreciated him. Jim will be greatly missed and always loved.

A Memorial Service will be held at the St. Eugene Parish, 72 Culvern Street, Asheville, NC  28804 on Monday, October 4th at 2:30 PM with inurnment in the church columbarium immediately following. All are welcome. In lieu of flowers, please give generously to St. Jude Children’s Research Hospital or Shriners International.

To order memorial trees or send flowers to the family in memory of Jim Petrides, please visit our flower store.