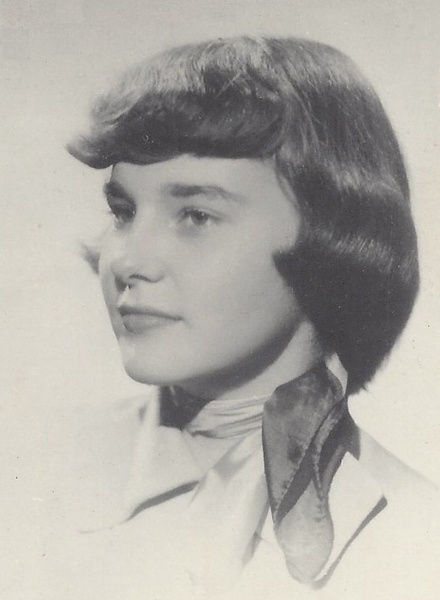 WEAVERVILLE– Jacqueline Anne “Jackie” (Michaud) Governo, 86, of Weaverville, North Carolina, formerly of Brunswick, Georgia, died at home in the early morning hours of August 3, surrounded by her family. She was the former wife of Alan “Billy” Governo of Swansea, Massachusetts.

She was a graduate of Mount St. Mary’s Academy in Fall River. She raised her five children in Adamsville, Rhode Island, and Somerset, Massachusetts, later living in Brunswick, GA, before moving to Weaverville.

Jacqueline was first and foremost a mother, but had also worked in human resources in Massachusetts and for the Naval Base in Newport, Rhode Island, before retiring.

Her guilty pleasures included Roadrunner Raspberry ice cream and angel food cake.  Jackie was addicted to “Law & Order” and television news, as well as reading Nicholas Sparks novels and the “Chicken Soup for the Soul” books.

She was a parishioner of St. Francis Xavier Church in Brunswick, Georgia.

Jacqueline was predeceased by her son, Kevin Governo. She is survived by a son, Dr. Scott Governo, and his wife, Beth, of Weaverville; three daughters, Gayle Gibson and her husband, Billy, of Brunswick, Karen Ingraham of Mars Hill, N.C. and Susan Boyd of Brunswick.

A Mass of Christian burial will be held Saturday, August 10, at 1 p.m.

Condolences may be shared online at www.westfamilyfuneralservices.com or at www.edomillerandsons.com

To order memorial trees or send flowers to the family in memory of Jacqueline Anne Governo, please visit our flower store.