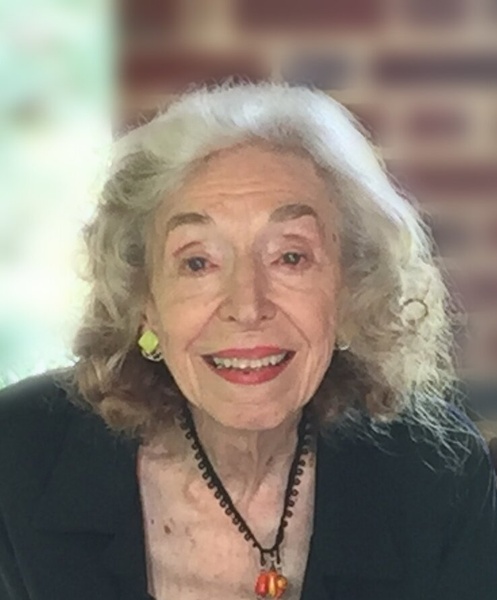 Born a tow-headed mountain girl in Dillingham, NC, Irene Dillingham Richards, grew into an always elegant raven-haired international educator, publisher, model and muse in London, Paris, Germany, and throughout Europe, breaking glass ceilings along the way. Born August 21, 1924, she was a noble and brave lioness (Leo), but her favorite season was spring, releasing her earthly tether on May 2nd, as the petals rained down leafing into variegated hues of greens.

A 6th generation Dillingham in the lineage of Absalom and Rebecca Dillingham (founders of Dillingham, NC); sister of Carolyn and the late William, Helen, Marie, and Hoyte; she leaves behind her husband, Kenneth Richards, daughter Constance Richards Bora (the late Vadim Bora), step-grandson Georgi Bora (Janine Saunders) and step-great-grand-children Akeem, Amelia and Adelina, along with scores of beloved nieces, nephews, and cousins too numerous to name, and “second daughter” Norma Flores Phillips. At age 97, Irene was matriarch of the family.

In 1927 the pastor of the Dillingham Presbyterian Church commented to her parents Thomas Lester and Connie Dillingham, “Your little 3-year-old Irene is sharp as a tack.” Since then Irene was known to her family as “Tack.”

Always a high achiever, she graduated high school at age 16 and entered Montreat-Anderson College, then UNC-Greensboro. In support of the war effort she was awarded a scholarship to study engineering at NC State University and then completed her Master’s Degree at UNC-Chapel Hill. Throughout the rest of her lengthy career, she studied and taught at Boston University, University of London, and University of Southern California European Campus. She was certified at Centres Sevres International Pedagogical Institute in Paris.

Her prowess on the basketball court at Montreat and Chapel Hill earned her yet another nickname –“Pro,” enhanced by playing for the semi-professional Asheville Bomberettes. In her seventies - when walking laps in the downtown YMCA gym while Ken splashed in the pool - Irene would smugly sink a longshot if an errant ball rolled her way.

Irene began her teaching career in Barnardsville while still in high school. She then taught at the Dillingham School and the Summit School in Winston-Salem. When her father died in his early forties she helped her mother raise her younger brother and sister and assisted in operating the bus company founded by her father. During that period she was offered the position as founding teaching principal of the Thoms Orthopedic School, which served children in iron lungs who had been stricken with polio. She often organized a parade of vehicles transporting such students for a day in the mountains at her homeplace.

The victorious allies in post-WWII Europe established school systems in all NATO countries as military and diplomatic families arrived overseas. Irene was among those selected for one of these highly competitive teaching positions. Her first assignment with Department of Defense Schools was in rubble-strewn Frankfurt, Germany. The following year she was offered an administrative position in Paris or London. She chose London.

In 1956, Irene was part of a select group of educators which was bussed across the continent to the Soviet Union behind the Iron Curtain during a small window of openness during Nikita Khrushchev’s “thaw” of U.S.-Soviet relations. She would later dine in the same restaurant at Hotel Peking in downtown Moscow some 40 years later, when her daughter was an international correspondent there.

Shortly thereafter she was promoted as principal of R.A.F. Alconbury near Cambridge. Here she met her husband Ken, an instructor from the International Institute in Detroit. They married in Lausanne, Switzerland and spent the wedding night traveling by train to Milan, Italy for opening night at La Scala Opera House. A year later, they continued their honeymoon to the Middle East, including Egypt, Jerusalem, Turkey and Greece.

Together they would publish the award-winning international magazine Education World. While in London, Irene also found time to be the showroom model for select department stores, as she fit the designers’ samples perfectly. American artist Francis Kelly and his wife Gail became friends, and he would make Irene his muse, creating many figurative works with her as model and inspiration. One such painting is owned by the King of Sweden.

The next assignment sent Irene and Ken to Evreux, just outside Paris, where they lived in a drafty old chateaux, perfect for hosting house concerts and entertaining friends and diplomats. Germany was the final assignment, and where she birthed their daughter. Irene was acting superintendent of DOD schools and arbitrator for NATO schools in the Bundesrepublik, before returning to the U.S.

Back in Asheville, the couple purchased the Old Asheville Art Museum in historic Montford, gifting it back to the organization for continued use for several years, making them life-long honorary members. The couple also provided leadership in the renaissance of the Montford community and downtown Asheville. Back at the homestead in Dillingham, they were founding members of the Big Ivy Historical Society.

“Retiring” to Asheville Irene became director of the 1980 Census in WNC and then re-entered the Buncombe County School system as director of migrant education. In 1994 she was honored as a Distinguished Woman of North Carolina by the State. She and Ken were awarded the Lois Cook United Nations Peace Award.

Even after her final retirement, Irene continued to be the “refiner,” editing her husband’s essays and books. Last summer, to honor Irene for her 97th birthday, her family donated a great heron sculpture titled “Stillness Meets Trajectory” to the North Carolina Arboretum’s permanent collection. She was loved beyond measure by her family, and struck a note of elegance, intelligence, and grace to those who knew her well, and those who met her briefly, alike.

Completing her life’s circle, in her nineties Irene played a role in efforts to save the Big Ivy forest from destruction by logging. Her photo standing amidst old-growth trees was on exhibit at Mars Hill University. As a teenager she would find a favorite space on her father’s land at the foot of the Craggies, where she would open her geography book and dream of exploring exotic lands afar – a goal which she accomplished…and then some.

A family graveside service will be held at 11:00AM on Monday, May 9, in Riverside Cemetery followed by her Celebration of Life at 2:00PM at Grace Covenant Presbyterian Church. In lieu of flowers, donations may be made to Black Mountain Home for Children, Crossnore School, Carepartners Hospice. If flowers are preferred, live outdoor plants for her beloved garden are most welcome, or send flowers to someone you love.

West Family Funeral Services is honored to be assisting the family. Condolences may be sent to the family through the website, www.WestFamilyFuneralServices.com

To order memorial trees or send flowers to the family in memory of Irene Dillingham Richards, please visit our flower store.
Send a Sympathy Card