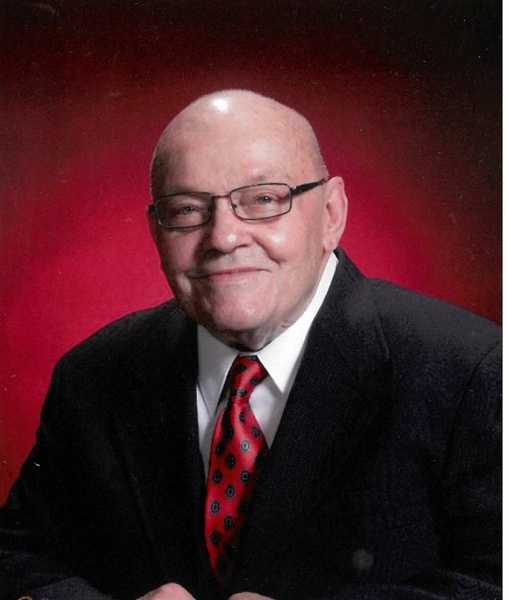 WEAVERVILLE – Henry B. Dendy, Jr., age 91, of Weaverville, died Wednesday, December 25, 2019. Henry was born January 31, 1928 in Buncombe County to the late Dr. Henry B. Dendy, Sr. and Nellie Marks Dendy; he was a resident of Nashville, TN and Richmond, VA for a number of years before coming home. He attended King College and Erskine College. Henry was a manager at Graybar Electric before retiring after 31 years. He sold buses for Carpenter Bus Sales for 7 years and later worked for Gene Winner at Electric Supply. Later in life, he tutored children to read and regularly visited the elderly and shut-ins. Henry was a veteran of the US Army during WWII. He loved the Lord and was a member, deacon, and assistant treasurer of First Presbyterian Church of Weaverville. Prior to that, he was also a member and served as deacon at the First Presbyterian Church in Nashville, TN and River Road Presbyterian Church in Richmond, VA. In addition to his parents, he was preceded in death by his first wife, Jean Brown Dendy; daughter-in-law, Stacey Dendy; son-in-law, Carl Williams; sister, Mary Ann Cappel; brother, James Stewart Dendy. Surviving are his wife, Betty Elledge Dendy; two daughters, Madelyn Dendy Tillis and husband Lonnie M. Tillis, Jr. of Nashville, TN, and Nelljean Dendy and husband Randy LeRoy of Baltimore, MD; two sons, H. Benson Dendy, III of Richmond, VA, and Mark B. Dendy of New York City; three step children, Lynn Williams of Pickens, SC, Eric Powell and wife Samantha of Augusta, GA, and Rob Powell of Asheville; brother, Dr. Robert Dendy of Laurinburg, NC; and nine grandsons. His memorial service will be held at 1:30 p.m. Saturday, January 4, 2020 in First Presbyterian Church of Weaverville. Reverend Skip Gillikin will officiate. Private burial will be in the veterans section at West Memorial Park. The family will greet friends between 12:00 p.m. and 1:30 p.m. in the sanctuary of the church. West Funeral Home is assisting the family. The family suggest memorials be made to First Presbyterian Church of Weaverville, PO Box 247, Weaverville, NC 28787. For those who desire, condolences may be offered to the family under Mr. Dendy’s obituary at www.WestFamilyFuneralServices.com.
To order memorial trees or send flowers to the family in memory of Henry B. Dendy, Jr., please visit our flower store.

Burial will be private