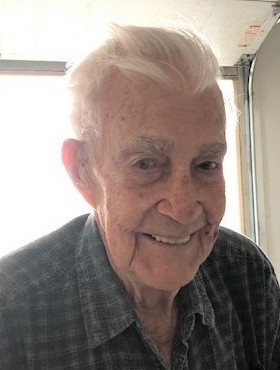 Mr. Sprinkles was born April 6, 1920 in Madison County to the late Robert Clifford and Bertha Crawford Sprinkle and grew up in the Upper Laurel Community; he was a resident of Buncombe County for most of his life. Harvey had a very strong work ethic, was honest, dependable and loyal.  He loved and believed in his family.  Harvey retired from Sayles Biltmore Bleachery after 40 plus years and was also a lifelong farmer.  He and Martha did foster care for many years.  Harvey was of the Christian faith.

Mr. Sprinkles wanted to live long enough to vote for the President again.

His graveside service will be held at 2:30  p.m. Friday, October 2, 2020 in Ashelawn Gardens of Memory, 901 Aiken Road, Asheville. Reverend Andy Hollifield will officiate.

The family will receive friends 1:15 to 2:15 p.m. Friday, prior to the service at West Funeral Home, 17 Merrimon Ave. Weaverville.

For those who desire, condolences may be offered to the family under Mr. Sprinkles’ obituary at www.WestFamilyFuneralServices.com.

To order memorial trees or send flowers to the family in memory of Harvey Sprinkles, please visit our flower store.