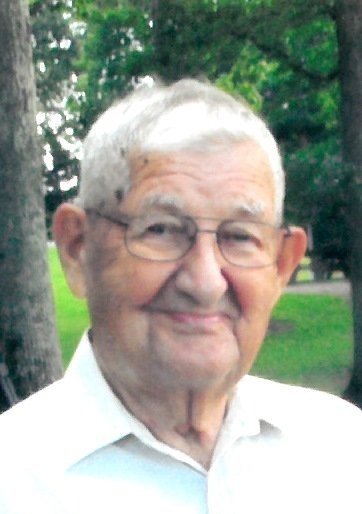 Harold was born September 19, 1927 to the late Bliss and Pansy Dockery Williams; he was a resident of Buncombe County for most of his life. Harold was a Veteran having served two years in the US Army and four years in the US Navy, during World War II.

He enjoyed camping and trout fishing in Cherokee where he kept his camper at Big Don’s Campground with Don and Gail Parker. In addition to his parents, he was preceded in death by his wife, Peggy Roberts Williams to whom he was married to for 65 years; sisters, Barbara Cashion, Faye Dean Cole and Patsy Pike.

His funeral service will be held at 3:00 p.m. Wednesday, November 20, 2019 in the Chapel of West Funeral Home, 17 Merrimon Ave., Weaverville. Reverend Austin Brigmon will officiate. Burial will follow in Red Oak Church of Christ Cemetery, Weaverville.

For those who desire, condolences may be offered to the family under Mr. Williams’ obituary at www.WestFamilyFuneralServices.com.

To order memorial trees or send flowers to the family in memory of Harold "Boo Boo" Williams, please visit our flower store.