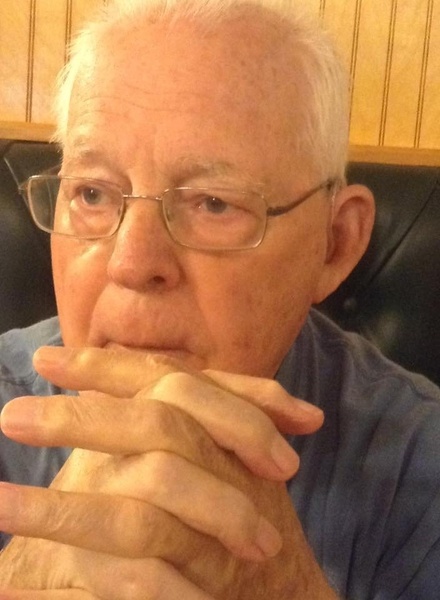 Mr. Anders was born April 19, 1935 in Buncombe County to the late William Bart and Jennie Watkins Anders; he was a resident of Buncombe County all of his life. He graduated with honors from Woodfin High School. Gene was a loyal employee at Sherwin Williams, Sears, and Ingles where he retired, bagging groceries. He was a US Army Veteran stationed at Fort McPherson of which he had fond memories.

Gene was a man of faith who served his Lord; he loved the theater, was an avid gardener and enjoyed tending to and watching birds. Gene was an avid college basketball fan, especially of the UT women’s team under Coach Pat Summitt. He was a devoted and loving father, grandfather and husband.

In addition to his parents, he was preceded in death by his wife of 42 years, Jo Ann Fender Anders, who died in 2012; and siblings, Herbert Anders, Christine Anders Thomas, Virginia Anders Ramsey, and Charles Anders. Surviving are his daughter, Jennifer Anders Miller and granddaughter, Erika Ann Miller.

His funeral service will be held at 11:00 a.m. Monday, January 20, 2020 in the Chapel of West Funeral Home, 17 Merrimon Ave., Weaverville. Reverend Cline Hensley, Jr. will officiate. Burial will follow in Ashelawn Gardens of Memory, Asheville. The family will receive friends 4:00 to 6:00 p.m. Sunday, January 19, 2020 at the funeral home. Those desiring to make a memorial contribution are encouraged to consider: Leukemia and Lymphoma Society, 401 Harrison Oaks Blvd., Ste. 200, Cary, NC 27513, in honor of Gene’s late wife, JoAnn Anders.

For those who desire, condolences may be offered to the family under Mr. Anders’ obituary at www.WestFamilyFuneralServices.com.

To order memorial trees or send flowers to the family in memory of Gene Garland Anders, please visit our flower store.