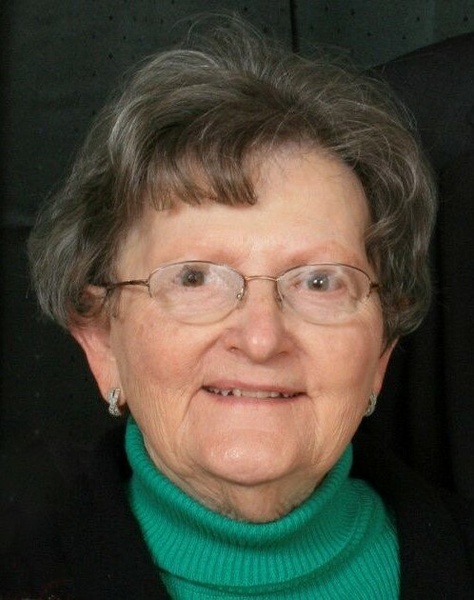 Elizabeth Anne Ritch Garner Watrous, 88, passed away December 6, 2021, of late-stage Parkinson’s disease. Born on May 27, 1933, in Charlotte, NC to James Earl Ritch and Nena Williams Ritch, Anne was the younger of two children, following her brother Jim by two years.

Anne was a shy yet energetic student at Charlotte Central High School, where she was active in student government and several clubs. Due to a last-minute scholarship, she was able to attend Duke University, where she earned a degree in early childhood education upon graduation in 1955.

She met her future husband, James Franklin “Frank” Garner just as she started teaching third grade in Charlotte; they married in 1956 and were fortunate to have three children; James Franklin Jr., William Andrew and Julia Anne.

Anne was an avid reader, gardener, and loved to travel. She also was an excellent cook, especially with vegetables from Frank’s garden, with many meals followed by her favorite food, ice cream. Her curiosity and joy were accompanied by an appreciation and skill for crafts. Her beautiful quilts remain with close family members as testaments to her artistic abilities and love of beautiful things.

After moving to Asheville, NC in 1972, she was inspired by a visit to the public library to pursue a master’s degree in library science at Western Carolina University, ultimately becoming an elementary school librarian at Woodfin Elementary and later a media specialist at William Estes Elementary, both in the Asheville area. One of her greatest joys was reading to children in the library, sharing her favorite books and stories and instilling a love of reading to thousands of children in more than 20 years in that role. She continued to do so as a loving grandmother, spending countless hours reading to her grandchildren.

She retired in 1994, which gave her more time to tend to wildflowers in her backyard, travel with Frank to visit their son, Andy and his family in Austria, take beach trips with her close friends, research family history, and snuggle on the couch with her cat, Cameron.

Anne was sweet-natured, interested in people, and a lover of life; she was also resilient, beating two different types of cancer, a heart attack, and later COVID-19 before succumbing to complications from her Parkinson’s disease.

After 45 years of marriage, Anne was a loving caregiver for Frank, who died from cancer in June 2001. She met Don Watrous (who’s first wife had also recently died from cancer) in a grief support group at Central United Methodist Church. Married in December 2002, their newfound relationship brought them much joy, companionship, and personal growth for almost 18 years before Don’s death in 2020.

In lieu of flowers, donations can be sent in her memory to Read 2 Succeed Asheville Buncombe at r2sasheville.org or PO Box 18652, Asheville, NC 28814.

On Saturday, July 30, 2022, the family will hold a private burial, followed by a public memorial service where all family and friends are invited to celebrate her life at 2pm in the Givens Estates Chapel, 2360 Sweeten Creek Rd, Asheville, NC 28803.