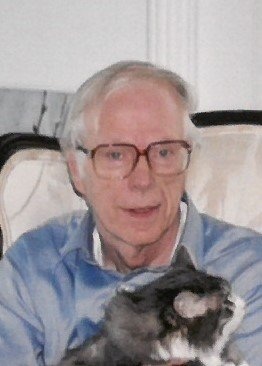 Growing up in several places due to his father’s military service, Dr. Metheny graduated from Pennsylvania State University then the Medical School at the University of Pennsylvania. After graduation he served his country for twenty years in the U.S. Air Force Medical Corps, retiring with the rank of colonel. Continuing his profession in Nashville and Little Rock, he also contributed as an Associate Professor of Dermatopathology at the University of Arkansas Medical School.

Dr. Metheny is predeceased by his wife Ady. He is survived by his brother Wayne in Nevada, his sister Sidney Wilson in Arizona, and his three children; his sons Andrew in Boston, and Eric in Baltimore, and his daughter Justine Fenker in Lanexa, Virginia.

A quiet, thoughtful man who drew great joy from his family, pets, books, and music; he had an unbounded spiritual and intellectual curiosity and delighted in rooting for the underdog.

There are no services planned at this time. The family invites you to visit the online memorial at www.WestFamilyFuneralServices.com and leave a thought or memory if you so choose.

To order memorial trees or send flowers to the family in memory of Dr. Ralph Samuel Metheny, Jr., please visit our flower store.