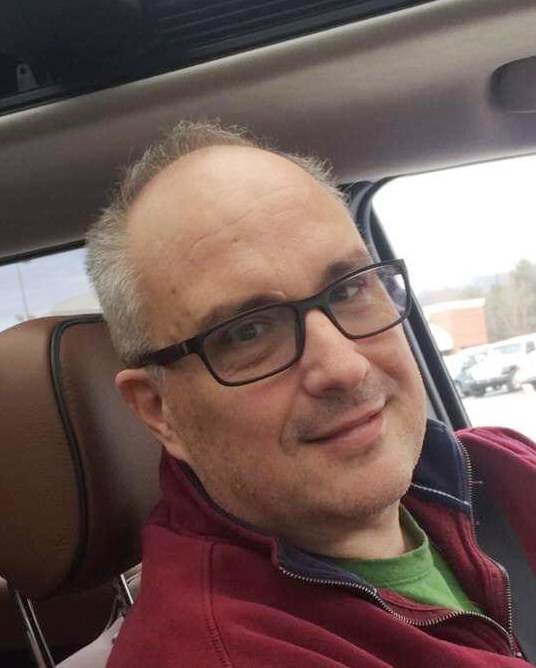 ASHEVILLE –  Daniel Bryan Chambers of Asheville, died early in the morning on Tuesday, February 12, 2019, at Memorial Mission Hospital following a two year battle with cancer and complications from the flu and pneumonia.

Bryan was a 1981 graduate of Erwin High School.  In 1985, he received a BS in both Business Administration and Computer Science from Appalachian State University.  Following graduation, Bryan moved to Detroit, Dallas and Atlanta to work as a programmer and analyst for EDS and General Motors.  In 1991, he moved to Rutherfordton, NC to be an analyst and IT director for Mastercraft Fabrics in Spindale.  Bryan returned to Asheville, in 2007 to open the CertaPro Painters of WNC franchise.  In addition to his working career, he refereed high school basketball for 35 years in Detroit, Dallas, Atlanta and Western North Carolina.  He was also an avid fly fisherman and fished throughout the North Carolina and Tennessee mountains. For many years he travelled to Montana to angle for “the big one”.   Bryan was preceded in death by an infant son, Michael Thomas; grandparents, Rev. Guy and Florence Hensley Sluder, and F.B. and Lelia Silverthorn Chambers.

The family invites all who knew Bryan to celebrate his life at 2:00 p.m. Saturday, February 16, 2019 in Mount Carmel Baptist Church. Rev. Dr. Ronnie Owen will officiate and will be assisted by Bryan’s longtime friend, David Brown.

The family will receive friends following the memorial service at the church.

At other times the family will be at the home of Ed and Lynn Chambers.

The family wishes to thank the dedicated support from family and friends. Especially the nurses and staff at the Memorial Mission Hospital ICU unit.

Those desiring to make a memorial contribution are encouraged to consider: Cancer Care Center of WNC, 21 Hospital Drive, Asheville, NC  28801.

For those who desire, condolences may be offered to the family under Mr. Chambers’ obituary at www.WestFamilyFuneralServices.com.

To order memorial trees or send flowers to the family in memory of Bryan Chambers, please visit our flower store.