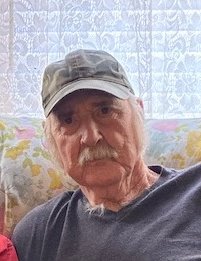 BARNARDSVILLE – Alvin “Woody” Fuller age 75, of Barnardsville, died Monday, February 24, 2020. Woody was born November 25, 1944 in Swain County to the late Rev. Garfield Fuller and Hester Sizemore Fuller; he was a resident of Buncombe County for most of his life. He was a retired plumber from Bartlett Plumbing. He loved to fish and hunt raccoons. In addition to his parents he was also preceded in death by his sons, Michael Allen Fuller, and Gregory Eugene Fuller; grandson, Brandon Allen Fuller; and great granddaughter, Charlotte Russell. Surviving are his wife, Patricia Effler Fuller; daughters, Cynthia Fuller Webb and husband Terry, and Michelle Fuller Letterman and husband Jack, all of Leicester; sons, Eric Fuller and wife Donna of Black Mountain, and Dustin Fuller and wife Amy of Barnardsville; sister, Frances Ramsey of Candler; brother, Paul Fuller of Georgia; eighteen grandchildren and twenty-one great grandchildren. His funeral service will be held at 2:30 p.m. Friday, February 28, 2020 in the Chapel of West Funeral Home, 17 Merrimon Ave., Weaverville. Reverends Shane Lunsford and David Hall will officiate. Burial will follow in the Fuller Family part of Grassy Branch Bapt. Church Cemetery, Asheville. The family will receive friends 1:30 to 2:30 p.m. Friday, prior to the service at the funeral home. For those who desire, condolences may be offered to the family under Woody’s obituary at www.WestFamilyFuneralServices.com.
To order memorial trees or send flowers to the family in memory of Alvin "Woody" Fuller, please visit our flower store.